How To Introduce Yourself 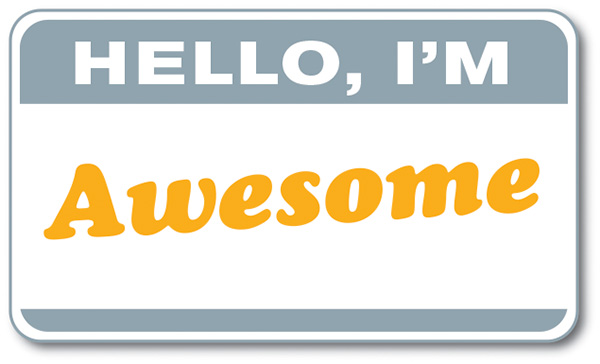 The self-introduction is such a simple and effective way to build awareness for you and your firm. Often called the “elevator speech,” I prefer “self-intro” because delivering a speech in an elevator is absurd. Plus, the goal is to engage in a dialogue, not deliver a monologue. When asked “what do you do?,” seize this opportunity. A compelling self-intro is a catalyst for someone to ask you follow-up questions. Before you know it, you’ll be engaged in a stellar conversation. Conversation leads to connection: the ultimate goal.

I understand that it’s awkward talking about yourself because you fear sounding pompous. As a result, most of us self-introduce poorly. But done well, it’s an authentic, two-way, targeted marketing communication tool that can instantly create a favorable impression for you and your firm.

Self-Introduction Basics
I recommend having two versions of your self-intro. The short version should be about 10-15 words. Mine sounds like this: “I’m a consultant & speaker helping AEC firms fight commoditization to win new business.”

Here are the key elements (using my example above). Include your occupation (consultant & speaker), target audience (AEC firms) and specific benefits received from working with you (win new business). The key is to craft something you’d say to a friend. If it is too canned, you’ll sound like a cheesy pre-recorded salesbot and you’ll never use it.

For the long version of your self-intro, start off with a question that demonstrates that you understand a commonly held challenge facing your target audience. I would ask, “you know how AEC firms are often perceived as commodities? Well, as a consultant & speaker, I help firms fight commoditization to win new business.” According to Michael Port, author of Book Yourself Solid, you might elaborate on your services or add an example of a “wow” success story. This would start off with something like, “can I share a story about a firm similar to yours that we helped?” Then you share that story.

Common Mistakes
I recently led a workshop on this topic for my Toastmaster’s club. Here are some areas where people struggled. By only stating your occupation, “I’m a marketer,” you instantly commodify yourself. Another pitfall is saying what’s true, but not unique. For example, “I work in marketing for an architecture firm.” Remember, this is a positioning statement which is about differentiation. Finally, watch for language that looks impressive when written but sounds ridiculous when telling a friend. If you include business cliches like “synergize, best of breed, core competency, win-win or paradigm shift,” then punch yourself in the mouth and start over.

Next Steps
The exercise of writing your self-intro forces you to narrow your focus and prioritize. Start working on your 10-15 word short version to pique enough interest that you’ll be asked follow-up questions. When your self-introduction is clear and concise, like the premise of a great movie, then others can easily spread your message like a blockbuster referral.